Brothers, join in imitating me, and keep your eyes on those who walk according to the example you have in us. For many, of whom I have often told you and now tell you even with tears, walk as enemies of the cross of Christ. Their end is destruction, their god is their belly, and they glory in their shame, with minds set on earthly things. But our citizenship is in heaven, and from it we await a Savior, the Lord Jesus Christ, who will transform our lowly body to be like his glorious body, by the power that enables him even to subject all things to himself.

Therefore, my brothers, whom I love and long for, my joy and crown, stand firm thus in the Lord, my beloved.

Brothers, join in imitating me…

Are we really supposed to imitate others? Shouldn’t we imitate only Christ?

Matthew Henry explained it this way: "“Follow me as far as I follow Christ. Come up as close as you can to my example in those instances where I endeavour to copy after his pattern. Be my disciples, as far as I manifest myself to be a faithful minister and disciple of Christ, and no further. I would not have you be my disciples, but his.”

Paul has just told them, the aim of my life is to know Christ. That should be yours too. So imitate me in this.

I have asked a number of men over the years — older than me — to mentor me. Almost all of them have said no. But we can meet together they have said, to work through the Christian life together. To figure things out side-by-side. To merely be fellow-travelers on the spiritual journey. It sounds humble, but in reality I find it very sad. Here’s why. It means that this person has not taken his own spiritual life seriously enough to follow Christ with passion and discipline, and then to pass that life on to another person.

A few weeks ago, as we looked at Philippians 1, we said to one another, we should not be merely aging, we should be growing. That’s why the Bible calls older men to disciple younger men, and older women to disciple younger women. So if you are twenty years older than me in the faith, and in age, I would like to learn from you, because you have been in the Word for 20 years more than me. You have been through 20 years-worth of battle more than me, and you will have more wisdom and experience. So to say, “I don’t have anything to offer you, let’s just muddle through this together, is false humility and a waste of your responsibility.

And ultimately, it’s foolish because that older person is not owning the reality that either way, a younger person will learn from them. We are models whether we like it or not. So the reality that we are being watched and learned from should motivate us to maturity and godliness. Another way to say this is: if you are not working to be a worthy model to imitate, then you will be an unworthy model to imitate. There’s not middle ground.

It seems to me that any person who wishes to be in a position of teaching or leadership should be able to echo the words of Paul and say to others, “Be imitators of me, as I am of Christ.” A man who does not feel his pursuit of God is worthy of emulation or a man who knows that he is not imitating Christ is a man who does not meet the biblical requirements of leadership.

So Paul is not being arrogant, he is being realistic. He’s taking responsibility for his place in life.

Social scientists used to think that a baby wasn’t capable of imitating someone until after they were 6 months old. But now multiple studies have shown that a baby as young as 7 days can imitate facial expressions. At 9 months old, a baby can imitate a behavior that they saw hours earlier.

But is it possible to imitate someone from their writing, 2000 years away? Like Paul? Absolutely. Here are some things you can imitate in Paul:

"...and keep your eyes on those who walk according to the example you have in us."

Who does he have in mind? Paul mentored up to 30 different people as leaders in training. He travelled with many of them. In Philippians 1:1, he includes Timothy in the writing of the letter. In other letters he includes Silas and Sosthenes, and. He worked closely with Titus, with Luke, with Barnabas and Apollos and Priscilla and Aquilla and many others.

In 1 Timothy 4:12, Paul told Timothy to set himself as an example to the believers “in speech, in conduct, in love, in faith, in purity.” Paul is not an egotistical person who wants people to imitate himself just out of pride. He wants younger Christians to imitate any mature Christians so that they will grow. The two people I seek to imitate the most in the Bible are Timothy and Titus.

There are also other people in my past and my present who I imitate. They help me grow in both faith and faithfulness.

One person who has inspired me recently is Rachael Denhollander. She was among the 126 young gymnasts abused by Larry Nassar. Her clarity and courage in presenting the gospel in court, as she addressed her attacker was deeply inspiring. She spoke for 40 minutes and that included the following:

The Bible you carry speaks of final judgment where all of God’s wrath and eternal terror is poured out on men like you. Should you ever reach the point of truly facing what you have done, the guilt will be crushing. And that is what makes the gospel of Christ so sweet. Because it extends grace and hope and mercy where none should be found. And it will be there for you.

Who are your models?

And who are you an example for? More to the point, who are you deliberately mentoring? If you’ve been a Christian for a while, you should be mentoring others.

Timothy and Titus teach us to mentor the next generation of Christians. Sadly, in many cases, older Christian leaders often try to act as if they are young in order to be acceptable to the next generation. Instead, they and we, should do all we can to help the youngers mature in Christ.

3. Don’t imitate the enemies of Christ

For many, of whom I have often told you and now tell you even with tears, walk as enemies of the cross of Christ. Their end is destruction, their god is their belly, and they glory in their shame, with minds set on earthly things.

Who does Paul have in mind here? Probably not false teachers. He never weeps over them. Paul probably has in mind people who claim to be Christians but who live for pleasure, self-indulgence and who only think of what they can get in this world.

I’d like to conclude with this brief video, then I’ll pray. 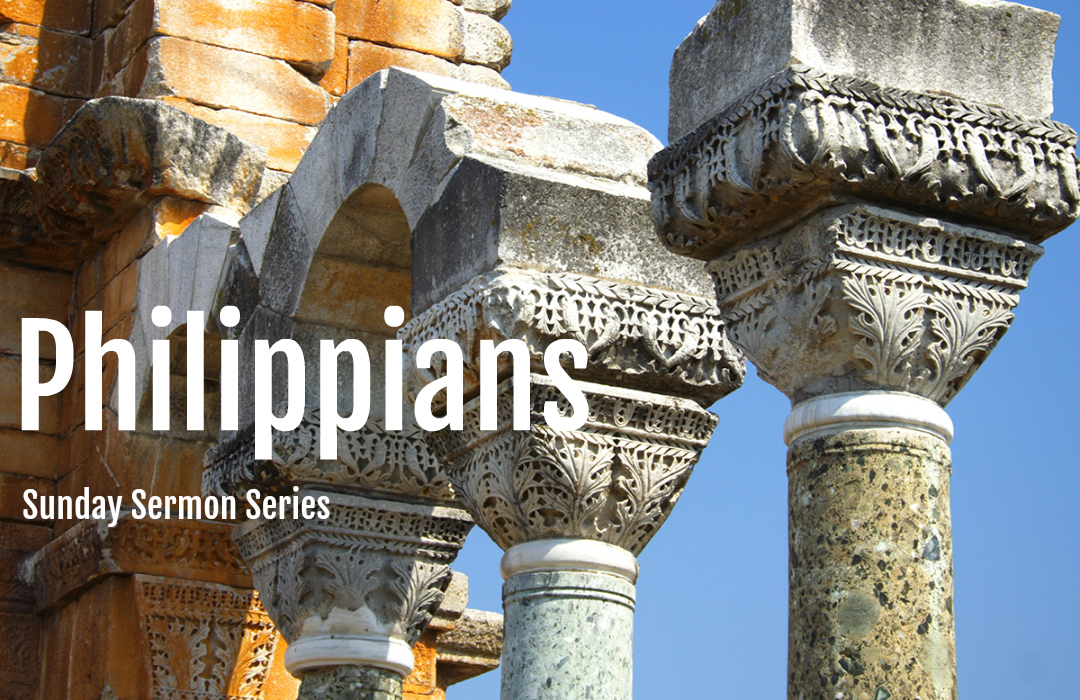 "Will God Meet All My Needs?"

"Four Things to Do When You're Worried"

"A Meditation on Praying Scripture"